Last week, a friend of mine sent me a link to a recipe she thought I'd be interested in.  The recipe was for a cauliflower crust pizza.  The fact that the crust is made with cauliflower and cheese and not pizza dough, makes it a healthy low-carb and gluten-free option.

Ever since I switched to a lower carbohydrate lifestyle, pizza hasn't really been on the menu (although I will indulge on "special" occasions), so the idea of a low-carb pizza sounded perfect to me!

Cauliflower is such a versatile vegetable and I've had great success using it to replace rice.  I hoped that the cauliflower would work just as well in this recipe, and it did...it really did!

This great recipe comes from the food blog  Stick a Fork in it and I'd like to share my interpretation of it with you! 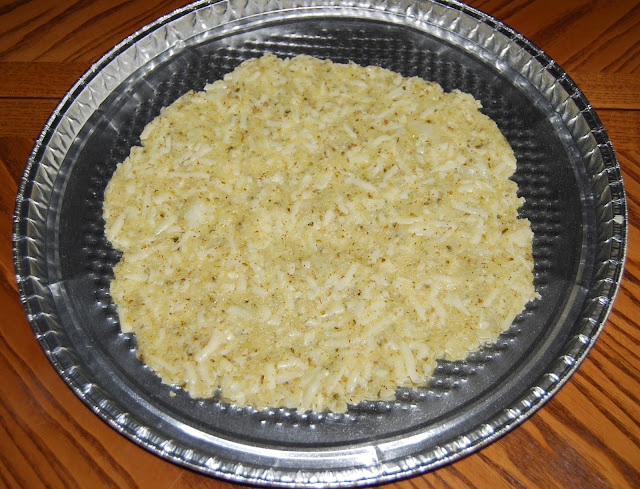 Here is a look at the crust before it was baked.

The crust consists of:

I brushed the pizza pan with olive oil and then formed an 8 inch circle with the cauliflower mixture.  I baked the crust in a preheated 450F oven for approximately 15 minutes. 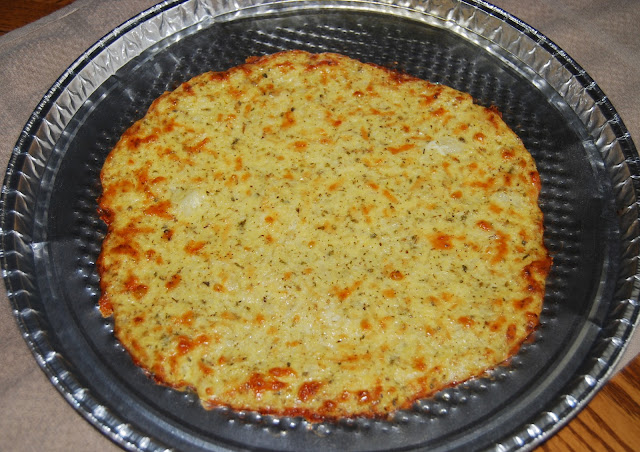 This is how the crust looked after baking for 15 minutes.

I made my own pizza sauce using whole canned tomatoes pulsed with some extra virgin olive oil, and garlic salt - easy to make and so much better than the canned stuff. 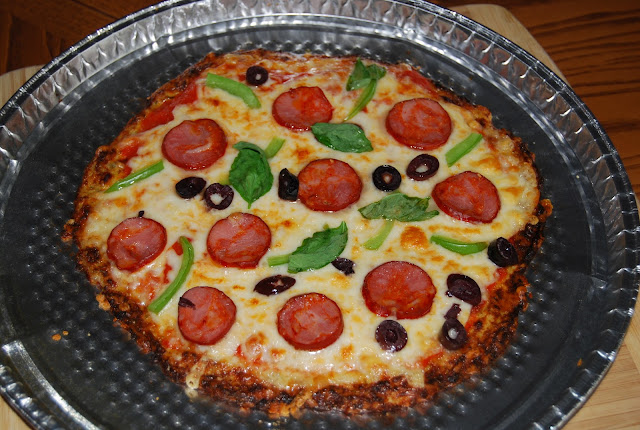 And here is the result!  Doesn't it look yummy?

The personal pizza was delicious and very filling.  My favourite part was the cheesy, crispy edges.  How does it compare to a regular crust pizza?  The taste was delicious.  I couldn't even taste the cauliflower!  The only difference is in the texture of the crust.  Instead of being crispy, it is kind of limp and soft, but not surprising, as the crust contains cauliflower and cheese.  But, for me, it in no way, takes away from the pizza.  It was close enough to a regular pizza as you can get! 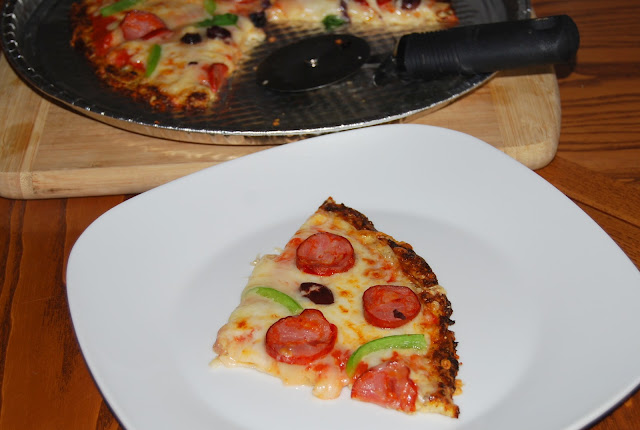 Care for a slice?

I was so pleased with the way it turned outl, that I made personal pizzas for Nuno and the girls for dinner. 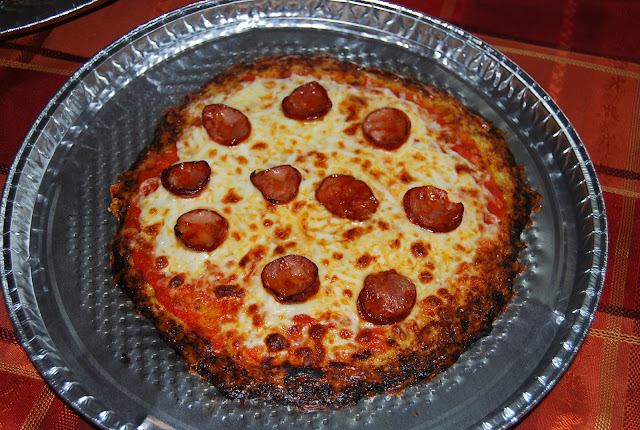 Pepperoni and cheese for the girls 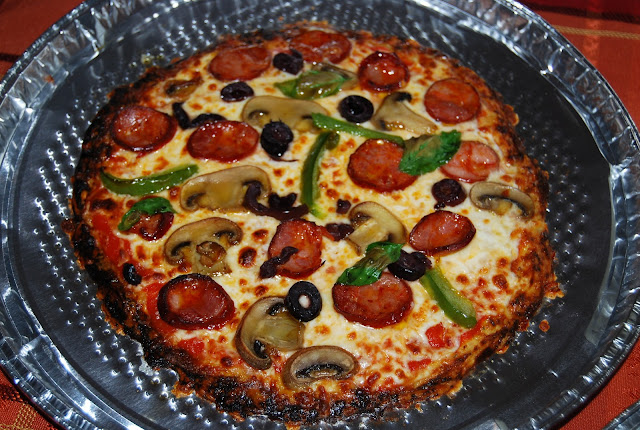 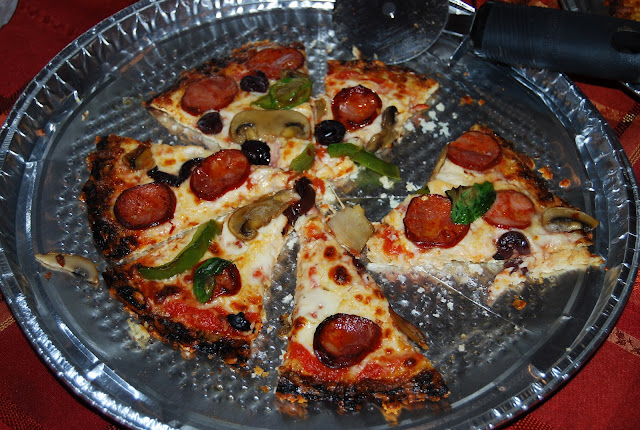 We all enjoyed the pizza, the girls too!  If any of you are looking for a low-carb and/or gluten-free pizza option, this one's for you!